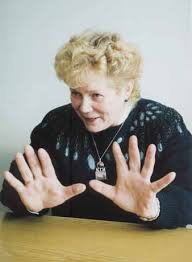 I have the honor to present to you a book written by me – a book that my heart couldn’t allow to leave just to the people speaking my own native tongue to benefit from. I feel that all people in the world need it. The book was published in Estonian in two parts in 1995 and 1996 accordingly, with precisely one year between them, gaining fast and surprising popularity. In spite of the arguments of my opponents., i has already become a tool for many practicing physicians. To the patients, it is a handbook to be used on a daily basis, its depths opening up, layer by layer with each reading, depending on the amount and quality of effort each reader puts in working with his or her thoughts.

Only four year ago the thought of writing a book hadn’t even crossed my mind but since then, the wisdom passed on to me has formed my life into what it is now. God knows what humanity needs and the sick, by getting well demonstrate their readiness to receive this knowledge. More and more physically healthy people who, sensing their role in building up a happier future, understand that with their psyche out of balance they won’t be able to do what’s expected of them, are making the improving of their state of mind a constant part of their lives.

Working as a gynecologist for 16 years – although not specializing in any narrower field – I found myself falling deeper in personal crisis as I felt the strict limitations of orthodox medicine suffocate me. The gulf between my view of the world and what was generally acceptable kept widening. I had earnestly begun to look for God. So in 1991, I decided to go into private practice which in the political system back then could equally to burning all bridges. Without any prior knowledge of a spiritual outlook on life I withdrew from society, supported by nobody but my understanding husband and my dear children. My only capital was my reputation of a physician with “a good touch” and my sincere desire to help the sick so that they would never have to fall ill again. Only now, 5 years later, I also know that man’s increasing potential for understanding allows the treating and preventing of disease to become, more and more, a matter of sorting out own inner life.

As I was stepping into private practice I had a chance to attend a two-week introductory course of parapsychology given by lecturers from Russia. In spring 1992, I took a two-week “Science of Mind” seminar taught by American, discovering that most of what was said there had already become a living reality to me. I learned how to pray on that course, however. Still, th Science of Mind in its simplicity supported my own , very similar view on life. That is also the reason I have used their views in my first book to explain about the truths of life.

My further development has taken place by reading the information on people seeking my help, from the invisible reality, analyzing it and in simple words, retelling the complicated story of every patient to himself. Those yearning to be helped recognize themselves, admit their errors in thinking, release their stresses and get well. But those who fail to admit their mistakes, are failing to see the divine order of things and continue to do harm. The amount of harm one does, equals to the gravity of his sickness or misfortune. This is how simple and complicated it is. This is the wisdom which the higher spiritual powers have forwarded to me through my ability to perceive the invisible. Hopefully, they will continue to do so, provided I don’t make any serious mistakes. I have gained the ability, mentioned above, through a lot of suffering that on several occasions, has taken me to the “other side”. But my stubborn wish to look for hidden positivity in the most negative situation along with my desire to seek out the reasons for each negativity has never failed to bring me back from death’s door. I have always wanted to be able to see and spiritual light was guided in my life. Before, I used to be blind, thinking myself to be sighted. I had to go through a lot of senseless suffering for that.

To conclude, I have to explain about the use of personal pronouns in my book. Different from the English language, Estonian doesn’t have separate pronouns to denote a man or a woman. I its way, I guess this peculiar trait was necessary for the survival of a small nation. In translating this book, “he” is most often used to denote either sex or include both.
It will be my happiness if this book will be of help to You.