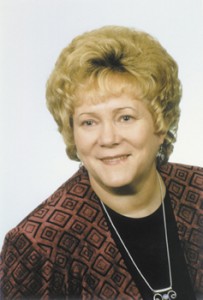 Luule Viilma (1950-2002) was one of the greatest spiritual teachers and writers of Estonia. Her books became bestsellers in Estonia, Russia, Finland, Latvia and Lithuania. The books, originally named as „A Teaching of Survival“, discuss the connection between our health and the state of our mind. Our stresses cause our illnesses. Luule believes that everyone can be the best doctors to themselves by forgiving to the stresses that cause the illnesses and giving the energy of love to ourselves and to the infected body. Below you can find short bio of Luule Viilma.

Luule Viilma graduated the only university in Estonia giving higher medical education – Tartu Ülikool in year 1974. After graduation she practiced as an gynecologist in the local hospitals until 1991. Leaving state-sponsored medical system she started to work as the private doctor. The same year Luule first time attended the course of the parapsychology which obviously gave her an impulse to the creation of the holistic view to human health – illnesses are far more complex phenomenons than the official medicine liked to define them.

The concept of healing with a thought (mind) was born from the understanding of the wider meaning of illnesses and from the desire to cure people without hurting them. It all started as a small booklet, her patients had to read through before receptions, but it turned out as an eight-book series of “A Teaching of Survival”.

The more popular “A Teaching of Survival” become, the harder criticism Luule’s ideas met. Mainly from the side of the official medicine. Using some rare cases where the situation of the patient worsened after meeting with Luule Viilma, the doctors publicly declared her methods to be ineffective or even worse – dangerous. This public opposition with the official medicine culminated in the year 1998 then the official gynecologist license was taken from her. Perhaps she understood that prolonging this conflict only takes quite a lot of energy which is very much needed elsewhere.

The growing popularity had its drawbacks – more and more time was spent on writing books and giving lectures raising the overall pressure and stress to the doctor herself. Although by the end of 2001 she mentioned in the private conversation that she has achieved everything she needed, it was the most difficult time for her. A good friend and a colleague of her, Sirje Gabriel, died in the operating table. Luule predicted then that the year of 2002 will become the year of conflicts. Unfortunately this was the year for final conflict for herself too. In one winter night of January while driving back home from the lecture in Riga she and her husband were caught in a car accident. Luule died in a emergency car on a way to the local hospital.